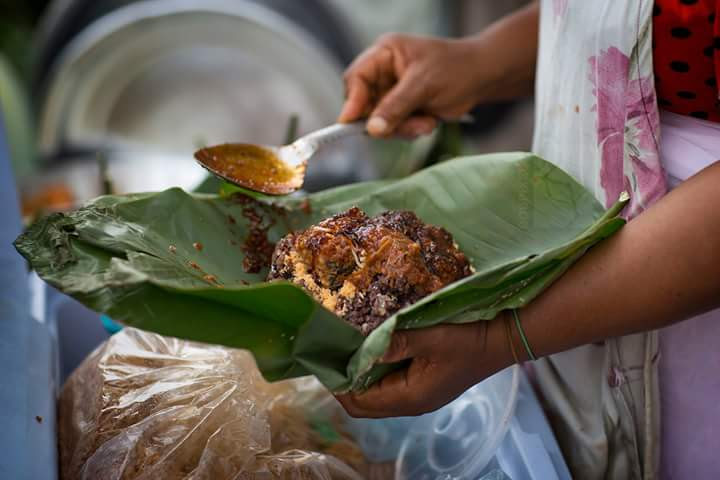 Ghanaians are crazy about waakye, a local dish prepared by cooking rice and beans with red sorghum leaves. The leaves add and give waakye (pronounced waa-) its distinctive reddish-brown . The leaves are also rich in antioxidants, which in turn can be good for human health.

But the health benefits of eating waakye are poorly understood. Antioxidants can protect cells in the body from damage and are thought to help fight a range of illnesses like heart disease, cancer, and diabetes. However, antioxidant levels in food and their effects can be affected by cooking methods, and waakye is no exception.

The findings of their research were published in Scientific African in March 2019. Essuman and his colleagues found that waakye prepared with sorghum leaves had higher antioxidant levels than the sample prepared without showing that the sorghum leaves did indeed confer health benefits to waakye. The antioxidant levels were the highest in the waakye prepared with saltpeter, Essuman said. “The saltpeter helps retain all the nutrients in the food as compared to cooking without it.” But using too much saltpeter in waakye preparation might cause indigestion and should, therefore, be used sparingly, he and his colleagues warn.

To many waakye lovers in Ghana, the health benefits of the staple come as a surprise. Kafui Adzah is the owner of Waakye on Wheels, an online on-demand waakye delivery service that delivers in Greater Accra. She has sold waakye since and says that the timing of her delivery service and the consistency of her product, coupled with its great taste, give her the edge. But she says that while she knew that the sorghum leaves added the , she didn’t know they had nutritional value. “Waakye is waakye, all I did was to give it an appealing look and deliver on time on orders. I never heard of any benefits about the leaves,” she says.

According to Essuman, waakye could be a cheap source of not only but also essential fatty acids and . And the findings could pave the way for other nutritional applications of sorghum leaves, says Reginald Annan, a nutritionist at Kwame Nkrumah University of Science and Technology in Kumasi, Ghana, who was not part of the study. Apart from their use as livestock feed, there is currently no other use for red sorghum leaves in food preparation, he says. “It is time for us to research alternative uses of the leaves so that those who don’t waakye can also have access to the nutrients.”