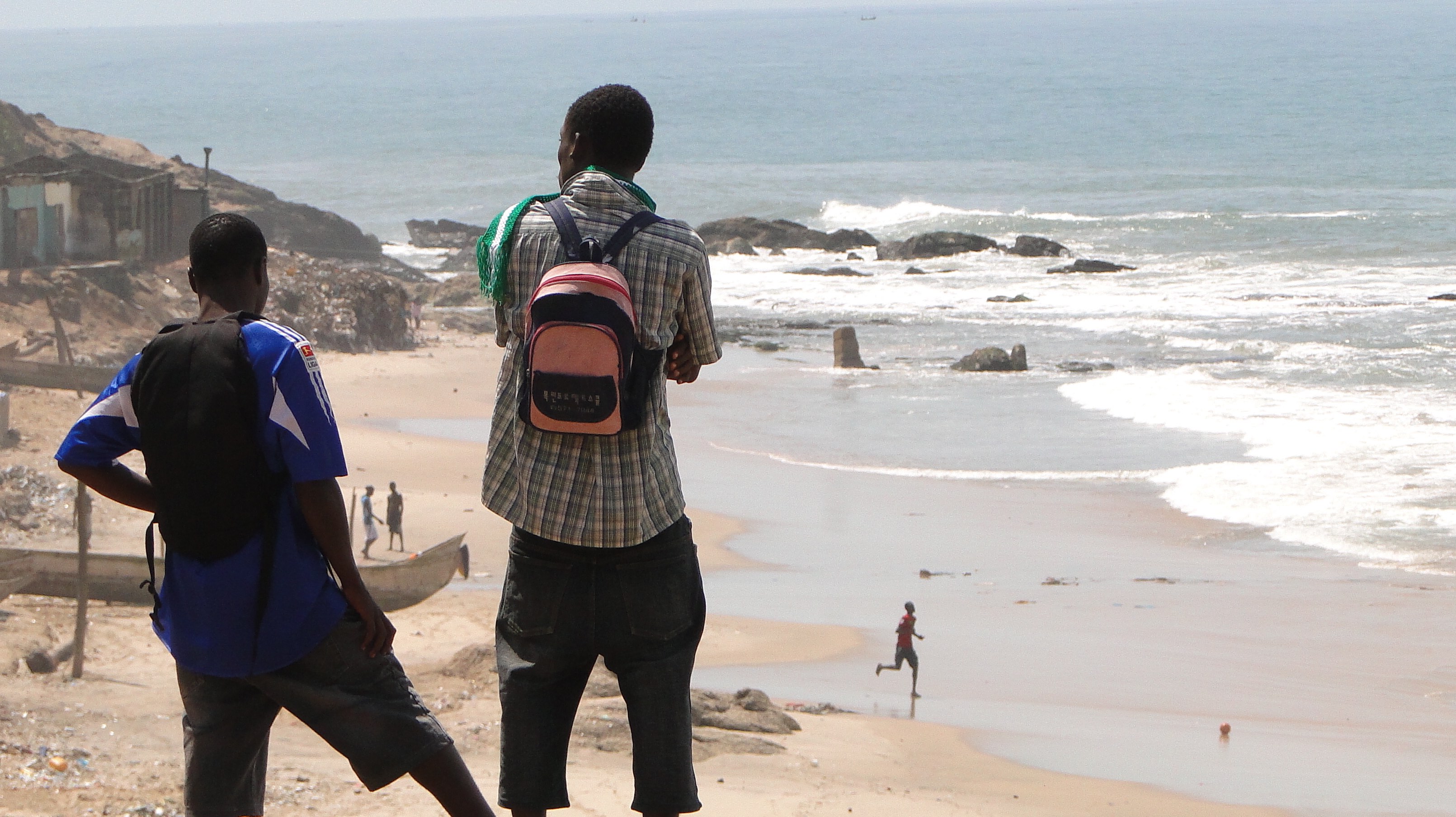 The use of seawater as a home remedy for conjunctivitis—an eye infection that causes redness and itching—has been passed down in Ghana for generations. But now scientists and doctors in the country are warning people against the practice, calling it ineffective and potentially dangerous.

Conjunctivitis is a common complaint in Ghana, especially during the country’s dry season. The infection, which can be bacterial, viral or environmental in origin, affects the inner lining of the eye. It is known locally as ‘Apollo’—a name it earned when a severe epidemic in the capital Accra coincided with the first moon landing.

When Apollo strikes, relatives or friends tell sufferers to swim in the sea if they can. If they don’t know how to swim, they are told to wash their eyes out with seawater. The practice is not limited to the coast and extends surprisingly far inland. People living far from the ocean will send for containers of seawater and store them at home. Other home remedies for the condition include flushing the eye with breast milk, or even urine.

Sterile salt water is commonly used in healthcare to clean out wounds and can be safely used to wash out eyes. Seawater, however, contains bacteria which could lead to worse infections and even blindness, three Ghanaian researchers write in a paper published in Scientific African this month. And rising pollution levels in the Gulf of Guinea could be making the tradition increasingly dangerous, they write.

This information might have prevented Kwesi Twum, a 45- trader who lives in a fishing community in western Ghana, from nearly losing his sight three months ago. “I got Apollo, and my neighbor asked me to use seawater mixed with ash to wash my eyes. After I had done that I realized there was blood coming out of my eyes. Had it not been [for the] medical interventions, I would have been blind by now,” he says.

The scientists—two of whom hail from the University of Cape Coast (UCC) in Ghana while the third is an eye doctor from Offinso about 200 kilometers away from the coast—collected seawater samples from Cape Coast beaches and tested if it could kill conjunctivitis-causing bacteria, which they isolated from Ghanaians with the condition. They compared these results with sterile salt water and boiled seawater, as well as with a range of pharmaceutical eye-washes.

“The reason for our research was to establish whether or not the age-old practice should continue since most Ghanaians believe anything from a natural source has no side effects,” says Samuel Kyei, one of the authors from UCC.

They found that while most of the preparations—even boiled seawater—showed some antibacterial effects, plain seawater, in fact, introduced additional bacteria into their cultures. For seawater to be safely used to treat eye infections, they write, the water first needs to be boiled, and the practice should not be used as a replacement for antibiotics.

The public needs to be educated about the risks of following age-old health traditions that do more harm than good, says Dorothy Fiadoyor, an ophthalmic nurse at the Korle-bu Teaching Hospital in Accra. She says that around half of the patients who come to see her during the dry season have complications from washing their eyes with seawater, and she says it remains one of the leading causes of blindness in Ghana.

“I am happy this paper is focusing on Ghanaian scientists who are working to help rid society of practices that are affecting lives,” she says.

Jessica Ahedor is a journalist based in Accra, Ghana.

Samuel Bert Boadi-Kusi, Samuel Kyei, Emmanuel Duodu, ‘The use of as a homemade remedy for infectious conjunctivitis—any cause for alarm?’ Scientific African, Volume 4 (2019)