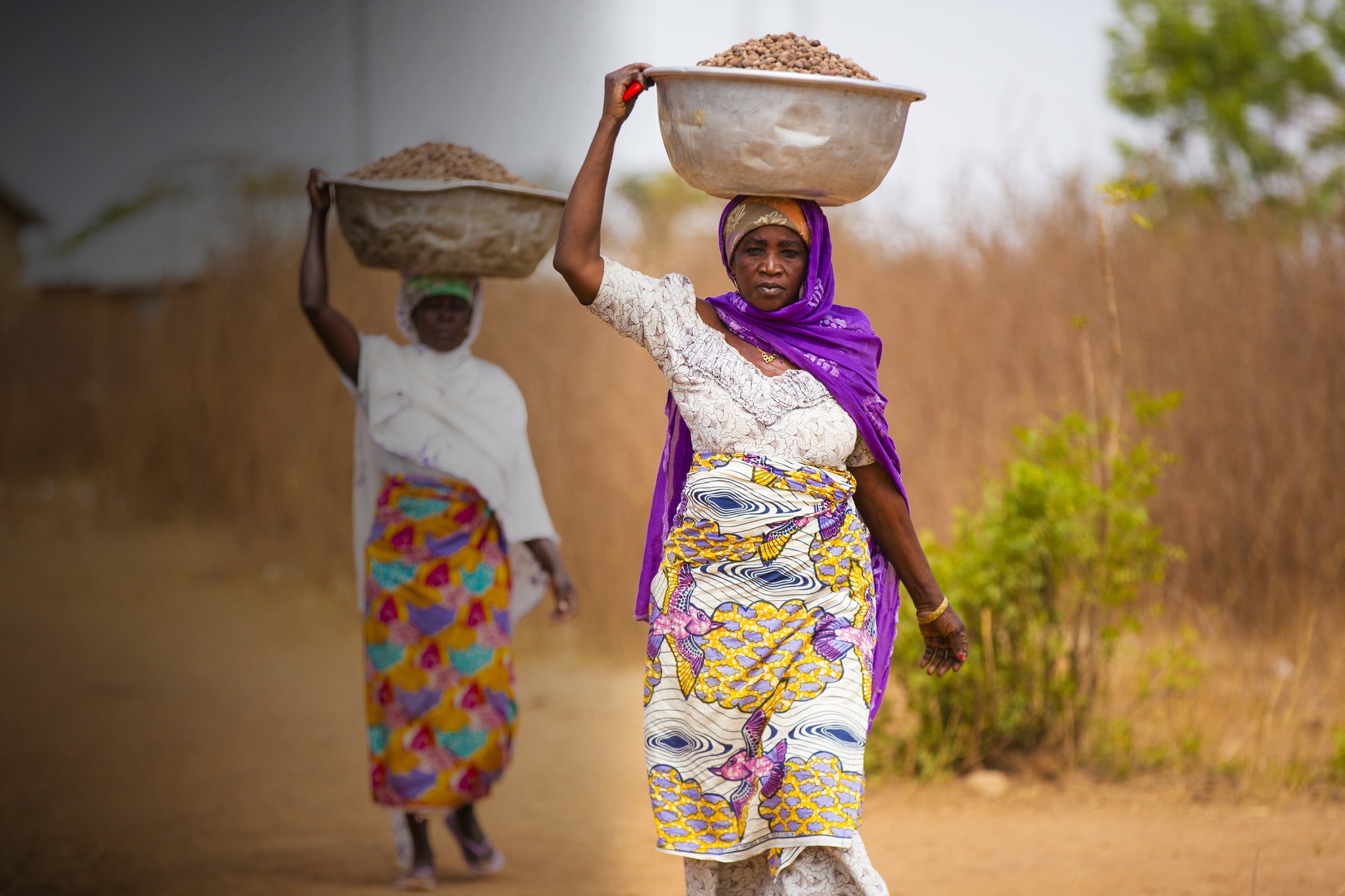 At Nyankpala, a small town in northern Ghana that covered the surrounding countryside a century ago no more. Thousands of hectares have given way to homes, businesses, roads, a university campus—even an agricultural research institution. But as the forests fell to the hands of developers and tractor blades, thousands of valuable Shea trees (Vitellaria ) disappeared too.

Emmanuel Chamba, a plant breeder based at the Savanna Agricultural Research Institute, has had a seat for the destruction. Oil from the Shea seeds played a central role in his childhood: The only cooking oil he ate as a child was from the Shea tree. “And if you had a sore on your legs, it was used as ,” he recalls.

But Ghana’s Shea trees—which only grow in the wild—are struggling to survive the onslaught of increasing , charcoal production, commercial farming, drought, and wildfires. Ghana’s forestry commission estimates that about 31% of the country’s forests have been degraded, taking Shea trees along with them. As a result, Shea butter exports from Ghana declined from a record annual high of 397,000 tonnes in 2007 to 78,000 in 2016.

And climate change is making things worse. Temperatures in northern Ghana are rising to “unbearable levels”, Chamba explains. And when it doesn’t rain, Shea trees halt their flowering. “With most of the flowers aborting, then instead of 50 fruits, you end up with 10 fruits on the tree,” he says sadly. He wants the government to grant Shea trees urgent legal protection. If not, “only God knows what will happen to the Shea”, he says.

Shea trees are more vulnerable to the vagaries of human development and the climate than many other important resources because, unlike maize or wheat, they are not farmed. One of the reasons for this is that they take so long to grow, says Julius Yeboah, who heads the Bole substation of the Cocoa Research Institute of Ghana. Shea trees can take 20 years or more to begin producing fruit, he says.

It’s also not the only non-cultivated plant in Africa struggling to survive. Scientists estimate that about 24,000 of the 31,000 plant species considered fit for human consumption on the continent are not formally grown. Their disappearance could hit poor and rural communities especially hard, as many are considered a ‘poor man’s food’. This is one of the reasons that scientists are becoming increasingly interested in studying them.

Bello Oluwasesan, a chemist at the Federal University -Ma in Nigeria, is one of several researchers in his country non-cultivated food plants. Like Chamba, he is concerned that some of them could go extinct as a result of industrial development, , and climate change. “We want to study this group of plant species more, so as to show their importance beyond culinary uses,” he says.

One of the species Oluwasesan studies is Cyphostemma , a climbing plant whose leaves are used for soup and salad or cooked with beans in Ghana, Kenya, Uganda, and the Democratic Republic of the Congo.

Their fruits are a delicacy in Côte d’Ivoire and Tanzania as well. But even though they can be grown moderately cheaply in poor soils, consumers across these countries prefer to pick them from the forests, he says.

Non-cultivated plants used in food and medicine often also have strong cultural significance. In northern Ghana, some ethnic groups use Shea branches to light fires to cook meals when important people die, says Alidu Abubakar, a climate change expert in Kumasi who formerly worked with Shea Network Ghana. It is a sign of reverence for the departed to have such a valuable species used to prepare the funeral meal.

Therefore, the loss of these plants could also lead to a loss of cultural heritage. Indeed, when asking about Cyphostemma in his local town, Oluwasesan found only elderly people knew about the delicacy. Therefore, he says, it’s high time to rediscover these plants. “This can provide huge benefits and opportunities for economic sustenance and food security for the poor and rural populace, especially the women farmers,” he says.

As they become rare in the wild, scientists are redoubling their efforts to replenish stocks of non-cultivated crops like the Shea tree. Yeboah says he and colleagues at Bole substation are working on a project to produce more than 10,000 Shea seedlings with the help of the Food and Agriculture Organization. The seedlings need nursing for up to a year before they can be planted out, he says. These varieties will mature faster than their wild cousins, he says—just 10 to 12 years until fruits can be harvested.

However, there are no efforts to cultivate Cyphostemma , Oluwasesan says. But he and many others hope these plants will not disappear. Otherwise, their will no longer bring joy to the faces of the elderly in his hometown, he says. And that would be a sad spectacle for humanity.

Joseph Opoku Gakpo is a journalist based in Accra, Ghana, who covers environment, agriculture and rural development stories for Joy FM and Joy News TV. Bello is the lead author on a review of Cyphostemma published in Scientific African in March.