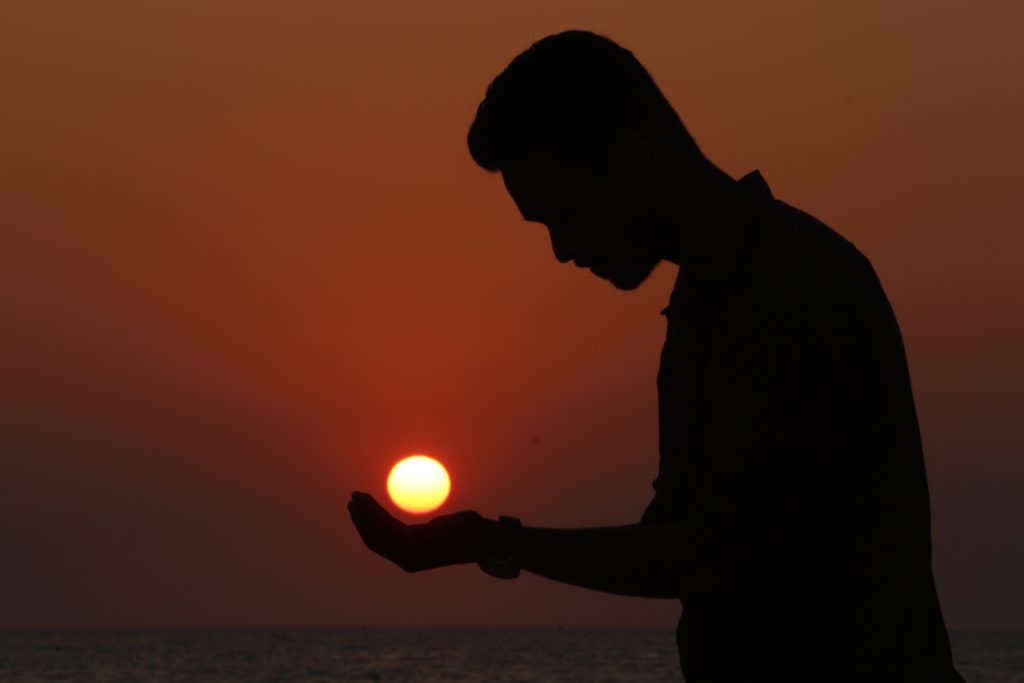 Spraying reflective chemicals into Earth’s atmosphere could be an effective, if controversial, way to halt global warming. But few African scientists have studied how this technology could affect the continent until now, Esther Nakkazi reports.

Imagine it’s the year 2039. For nearly a decade, governments have been spraying reflective aerosols into the Earth’s atmosphere in a desperate attempt to stave off catastrophic climate change. The reflective aerosols mean a greater proportion of the Sun’s rays bounce off the atmosphere into space. It keeps the planet from overheating, but it also creates fresh worries.

In this future, dialing down the sun a notch has helped many countries around the world. With only minimal sea-level rise, cities like New York in the United States, Guangzhou in China, and Mumbai in India have been able to remain hubs of commerce and innovation. Farmers have changed what they plant, and when, in accordance with sophisticated computer models that told them how the interventions would affect weather in their location.

But in parts of Africa, crops are failing. The rains that the models said would come have not. The predictions here were wrong. Now millions of people face food shortages, and scores of farmers have gone bankrupt.

This may sound like science fiction, but as the specter of climate change looms ever closer, the idea of engineering our planet to stave off the worst-case warming scenarios is gaining traction. There are many suggestions for how to do this (See box), one of which—solar radiation management or SRM for short—is illustrated in this hypothetical future.

So far, most of these technologies have not made it out of the lab. Even so, there are growing concerns that the technologies could have unintended, and irreversible, consequences. And while some countries might embark on geoengineering projects to protect local interests, the results are likely to be global.

Little research has been done on how SRM might affect developing countries. In Africa, there’s been hardly any work on it, which is why in 2012 a meeting in Senegal suggested that a fund be created to support African researchers the impact of SRM. In December last year, the first eight research projects funded through the Developing Country Impacts Modelling Analysis for SRM (DECIMALS) fund were announced—and three of them will be carried out in Africa.

These are the first SRM research projects in their respective countries, and many are the first in their regions. “The projects represent a big first step in building southern capacity to evaluate SRM,” says Andy Parker, the United Kingdom-based project director of the SRM Governance Initiative which manages the DECIMALS in collaboration with The World Academy of Sciences in Trieste, Italy.

None of the projects will release anything into the atmosphere. They will simply use software to model what might happen if that were done, using existing data and knowledge about the local climate.
It’s a worthwhile activity, says Shem Wandiga, a professor of chemistry at the University of Nairobi’s Institute for Climate Change and Adaptation in Kenya, who is not involved in any of the projects. “We do not know the cost of SRM and the impacts of items dispersed into the atmosphere. The technology is not yet developed, but it is good that we begin to think about it and study it,” he says.

Africa can and should have a seat at the table where these issues are being discussed.

One African project will investigate how SRM could affect rainfall and river flow predictions in Benin, and more generally in West Africa, where climate change is expected to cause damaging flooding and coastal erosion as well as changes in the monsoon rain patterns. “We don’t know if using stratospheric aerosol injection would the risks of climate change—that is what we are trying to understand with our research,” says Ezinvi Baloïtcha, a mathematical physicist at the University of Abomey-Calavi in Benin, who will lead the project.

In the second project, another West African team will model how injecting aerosols into the atmosphere could affect temperatures and rainfall in Central and West Africa, and its impact on water resources.

The third African project will be carried out by a team in South Africa. In Southern Africa, the lack of summer rainfall in 2015/16 led to food insecurity for 30 million people. Cape Town, where the researchers are based, nearly ran out of last year following three consecutive winters of lower-thanusual rainfall. The researchers will examine the impacts of SRM on droughts and heat extremes around Southern Africa, which are still unclear.

“The project is based on the analysis of climate model simulations that take into account a world with and without SRM,” says lead researcher Romaric Odoulami, who is based at the African Climate and Development Initiative at the University of Cape Town. “Our project will be a first step towards understanding the impacts of SRM on the climate in Southern Africa and the implications for regional agricultural production.”

A lifeline for industrialization?

With all the uncertainty surrounding geoengineering and its effects, it might seem surprising that people are considering it at all. But there are possible benefits, apart from curbing climate change. One of the key advantages for developing countries is that it could give them more flexibility to continue with their industrial development, whereas other mechanisms for stemming climate change—such as radical and immediate reductions in greenhouse gases—could slam the breaks on the industry.

This is an important consideration for Africa, says Samuel Okulony, a climate change expert at the Africa Institute for Energy Governance in Uganda. But SRM might be a very costly way for Africa to buy more time to , he adds. “Developing countries can both lose and gain with SRM.”

There are certainly uncertainties about the physical impacts of SRM and whether it could end up being harmful, says SRM Governance Initiative’s Parker. That’s why it needs more research. The non-African DECIMALS projects will take place in Argentina, Bangladesh, Indonesia, Iran, and Jamaica. Together, all eight projects could provide data relevant to other tropical areas, says Parker. However, the results from the projects are only expected towards the end of 2020.

But the benefits of the projects will be more than just the data they produce, says Nelson Torto, executive director of the African Academy of Sciences based in Kenya. Torto was among a group of scientists who penned a comment piece in the journal Nature last year, calling for more research into the effects on SRM on developing countries. While Africa may not have the capacity to embark on geoengineering projects on its own, the continent can and should have a seat at the table where these issues are being discussed, he says.

The DECIMALS teams are also building vital research capacity, Parker says. Many of the teams involved have promising young scientists on board, and they are being encouraged to connect across projects and with the larger solar geoengineering research community, he says. “When these projects wrap up, there will be a new generation of solar geoengineering researchers distributed around the global south and well connected to the wider debate.”

FACT BOX: Geoengineering is the deliberate large-scale intervention in the Earth’s natural systems to counteract climate change. Proposed geoengineering techniques can be grouped into two categories. Solar geoengineering reflects a small proportion of the Sun’s energy back into space, counteracting temperature rise. This could be done by increasing the reflectiveness of clouds or land surfaces, blocking sunlight in space usinggiant reflectors, or introducing light-reflecting particles into the upper atmosphere. Carbon geoengineering involves removing greenhouse gases like carbon dioxide from the atmosphere. Proposed techniques include mass-planting trees and fertilizing the ocean to bind more CO2, charring biomass and burying it to lock the carbon in the soil, or building large machines that can remove CO2 directly from the air and store .

Esther Nakkazi is a freelance journalist based in Kampala, Uganda.