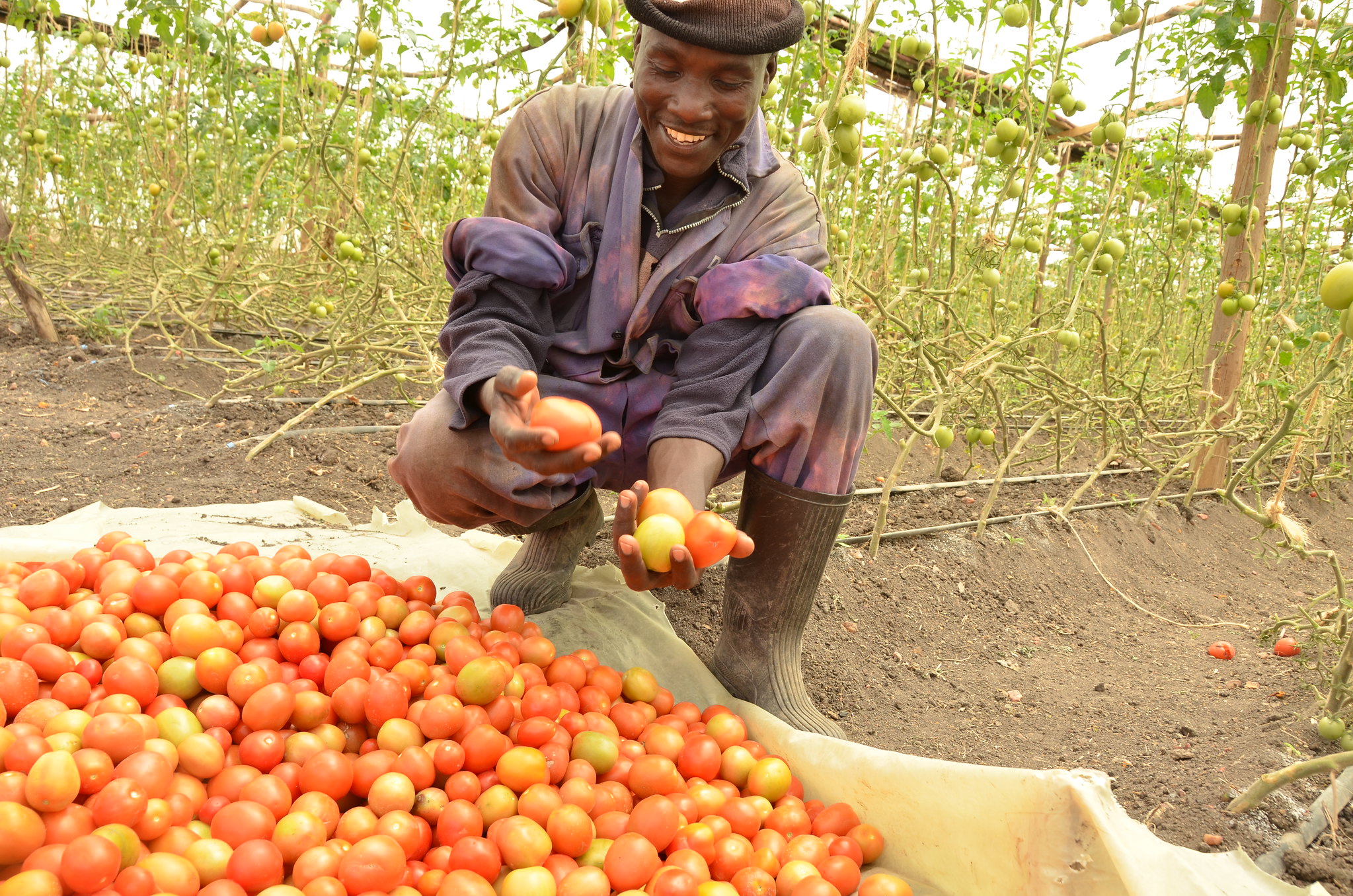 Smallholder tomato farming in Kenya remains dominated by older men despite efforts by the government NGOs to encourage women and youth into agriculture and to foster equality in land ownership, scientists have found.

In Kenya, seven out of ten tomato growers are male according to a study conducted by a group of Nairobi-based scientists and published in Scientific African in March. Of these male farmers, 73% are between the ages of 36 and 60.

It suggests that women and youth benefit less than they might from Kenya’s booming tomato growing industry, the researchers say in their paper. “The findings of this study underscore the need to increase women and youth participation in tomato production.

Kenya is one of sub-Saharan Africa’s top tomato producers. It grows more than 400,000 tonnes of the fruit every year, which corresponds to 7% of its total horticultural production. Tomatoes are also an important source of income for smallholder farmers, who produce 80% of the country’s total .

It grows more than 400,000 tonnes of the fruit every year, which corresponds to 7% of its total horticultural production. Tomatoes are also an important source of income for smallholder farmers, who produce 80% of the country’s total rop.

The research team, led by agricultural entomologist Willis Ochilo from the Centre for Agriculture and Biosciences International, surveyed close to 5,000 tomato farmers for their study. They reached that number by using intermediary ‘plant doctors’ to help them collect data. Plant doctors are extension officers who help farmers diagnose diseased plants and offer advice on treatment.

The plant doctors work out of ‘clinics’—tents erected in market —spread over 121 locations in 18 different agro-ecological zones in Kenya. and his colleagues used the plant doctors to survey the farmers who visited them over a four-year period running from June 2013 until May 2017.

It’s a clever way of sampling large numbers of smallholder farmers, Ochilo says. “Through the plant clinics, one is assured of data year-round,” he told Scientific African Magazine. “Also, the data collected is rich, capturing information about the farmer, the crop, plant health, and prescribed interventions.”

says the observation that more men are involved in tomato production than women agrees with findings from other studies on African tomato farming. In Ghana, a 2009 study found that 60% of the tomato farmers in the north of that country were men.

He says the gender disparity could stem from the fact that tomato cultivation is both capital- and , aspects that predispose it to male farmers. Tomato growing is also considered risky, he says, and women tend to be . The study found that women’s tomato plots were smaller—0.24 acres on average—compared to men’s 0.32 acres.

But Joel Ochieng, an agricultural biotechnologist based at the University of Nairobi, questions whether the data collection method might have skewed the data. While he agrees there are constraints facing women farmers, he believes male farmers would be more likely to visit the plant doctors. “More men would turn out since, as household heads, they have more freedom to move than women, who would perhaps need permission from the men to visit the market,” he argues. The sampling technique could also have the more enlightened, modern farmers, he says, adding that on-farm surveys could have yielded different results

Ochilo doubts the sampling technique produced the gender disparity in the survey. Indeed, he says, the data from the plant clinics showed that there are other crops that are more commonly grown by women farmers. “A look through the entire data set indicates that there are certain crops that are mostly associated with men, and others mostly associated with women, such as beans,” he says.