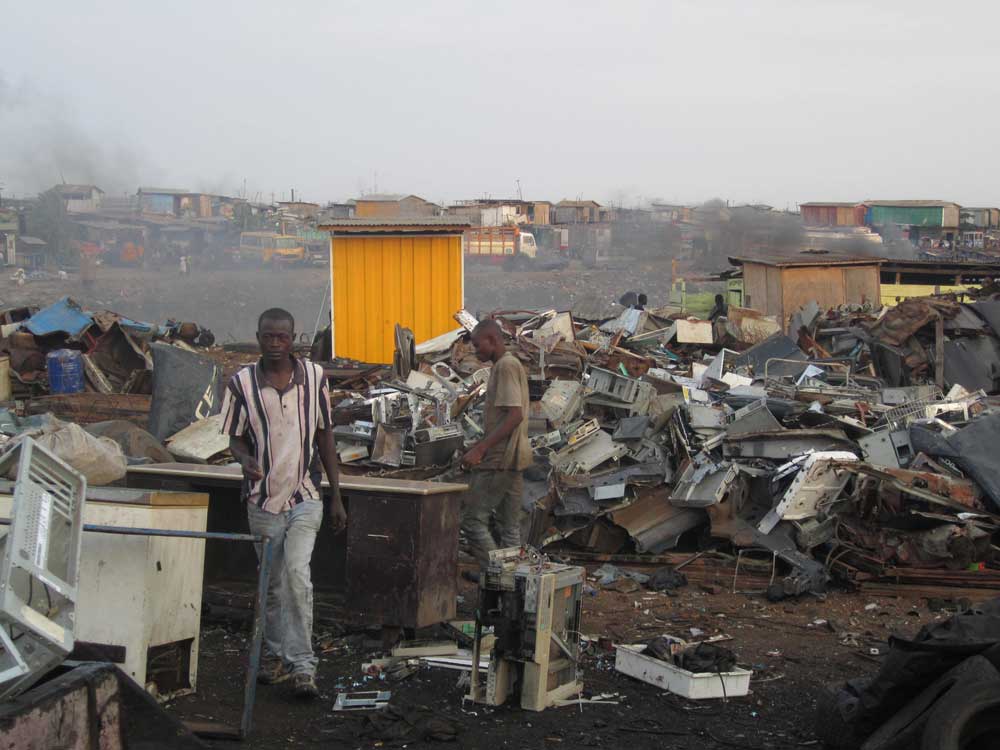 Just a bus ride away from the shimmering Nile-side skyscrapers of central Cairo lies Hay el- Zabaleen. Known locally as Garbage City, it’s where the unwanted clothes, food and, all too often, people end up from the expanding . Here, the poorest of the city’s poor carve a existence by salvaging what they can from castaway plastics, metal, and textiles.

Egypt’s practice of waste-picking is old. But it’s being brought into the 21st century in a number of countries around the world in the guise of ‘landfill mining’. This is the process of using advanced separation and processing technology to extract reclaimable resources from dumps. Israel started it in 1953, extracting fertilizers from a Tel Aviv landfill. In the 1990s interest in the practice grew in the United States, as a result of stricter environmental laws and the need to clear space for new waste.

Now, interest in the practice is growing once more. The wealth of metals and fuel that can be obtained from dumps are attractive to companies and governments, especially given the ever-rising prices of oil and other raw materials. The potential is huge: For example, Belgium’s Remo landfill outside Ghent could produce enough fuel to power 200,000 homes for 20 years, and Europe has many hundreds of thousands of such landfills.

Although Africa’s waste mountains are growing, formal landfill mining remains rare in Africa. That could change, however, if the wealth in Africa’s dumps catches investors’ attention. That might take some doing. For the most part, little is known about the contents of African landfills. But in Ghana, pioneering scientists have begun to dig deep.

Geo-environmental engineer Frederick Owuso-Nimo from Kwame Nkrumah University of Science and Technology in Kumasi has studied the city’s Oti landfill to examine its components, characteristics operational management. He and his colleagues published their results in Scientific African in March. The study could be used by prospective landfill miners to inform their plans but also provides a valuable snapshot of an active African landfill.

Oti is one of Ghana’s few engineered landfills. That means it has been planned and structured in such a way that it avoids contaminating the groundwater or soil. It was chosen for the study because of its proximity to the university and because it is one of the earliest commissioned landfills in Ghana.

Sampling the landfill at different locations and depths, Owuso-Nimo and his team found that decomposed organic materials, or DOMs, contributed the most to the landfill site, followed by combustibles including plastics, wood textiles. They found a plethora of materials that landfill mining could profitably extract, including metals, leather, glass, as well as DOMs and plastics. But they stopped short of the profitability of such a venture.

Mining landfills could be profitable in Kenya, says Nairobi-based environmental engineer, Valentina Zafra. Kenya produces 680 million tonnes of waste every year and its biggest and most hazardous landfill is the Dandora dumpsite in Nairobi. As in Egypt, the 30- acre landfill serves as an indirect source of income for scavengers who largely overlook the health risks to rummage for precious or scrap metals, plastics .

“The materials that can be the most lucrative to extract are metal, ceramic, glass as well as plastic, wood, and cardboard,” Zafra says. She believes studies like the one done in Kumasi would be valuable for Kenya. “We really do not know for sure what is in a landfill, other than it is a mix of domestic, industrial and commercial waste,” she says. Such studies could help city planners better plan their waste management, she adds.

Financial gain is just one of the reasons Africans might want to consider landfill mining. There is also growing pressure on land around the continent, and landfill mining could help clear valuable space for new garbage, or even for development. It can also extend a landfill’s lifetime. For example, Oti was built in 2004 to take the city’s waste over 15 years. It should have been full this year but as a result of to compaction techniques used to flatten the landfill content and existing recycling activities, it is still able to receive municipal solid waste. Landfill mining could extend this further.

But there are possible barriers to developing sustainable and clean landfill mining in Africa, says Zafra. These include the level of technology needed to separate materials, the cost of the extraction technology (which is sizeable) and natural fluctuations in the market price of natural resources.

Formal landfill mining remains rare in Africa. But that could change.”

Done incorrectly, landfill mining can also itself be hazardous to the people doing it and communities living around the landfill. Parts of a landfill can be prone to collapse, and anaerobic reactions within the waste piles could produce methane and carbon dioxide, making landfills prone to explosions. In Europe, there are strict rules for companies looking to secure landfill mining licenses Africa would need the same.

Of course, waste pickers all over the continent brave these dangers every day. For them, formal landfill mining brings another potential concern: it could rob them of their livelihood. Owuso-Nimo agrees this could be an unintended consequence. But, he says, the two processes could also be complementary. “Note, the scavengers mostly operate at the time of deposition where they take the part of the waste valuable to them,” he says.

One solution would be to combine the ancient practice with the new, benefiting everyone, he adds. The landfill mining industry could recruit the waste-pickers and train them to become part of their process. “After all, that is what they do and know best.”

Eman El-Sherbiny is an Egyptian freelance journalist who splits her time between Cairo and Nairobi.