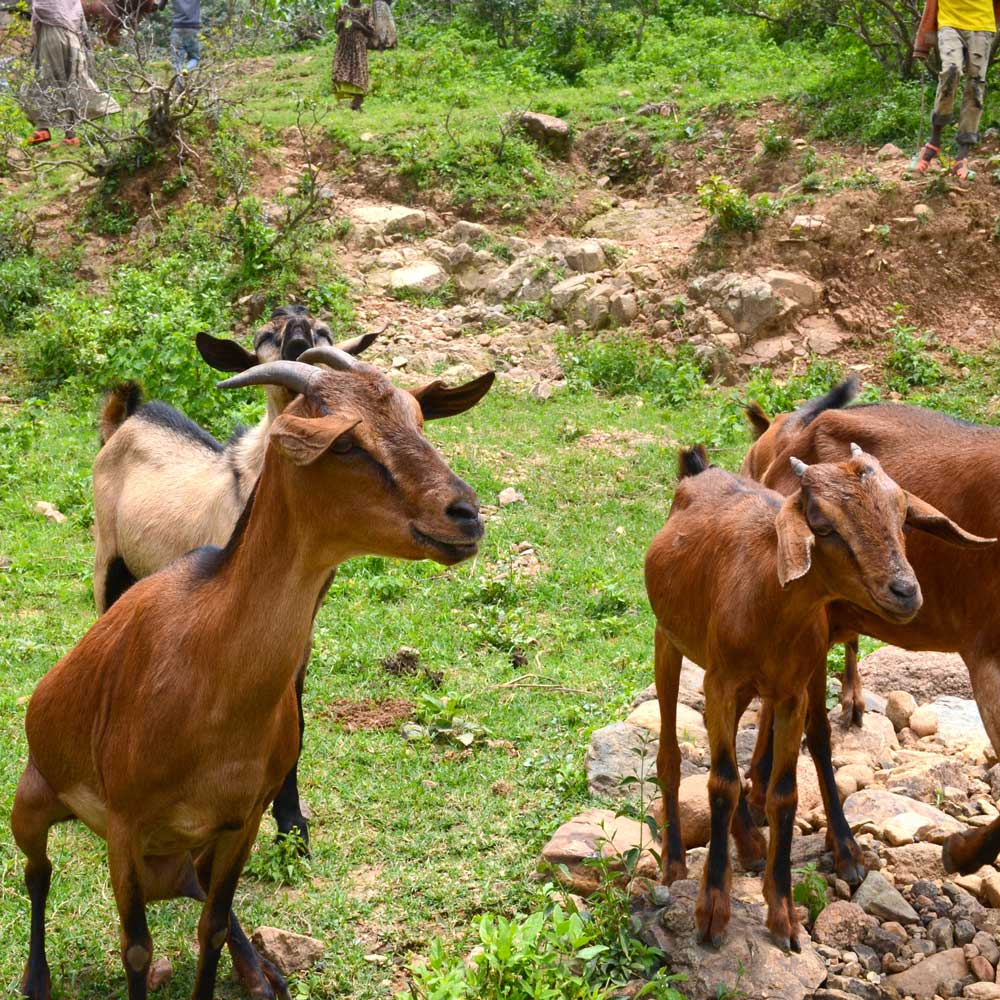 Eleven thousand years ago in the Middle East, goats became one of the first herbivores that humans domesticated. Since then, the horned livestock has spread across the world. But how domestic goats (Capra hircus) found their way to all corners of the African continent—where they are now an important source of meat and milk—remains poorly understood.

Archaeological data suggests that goats entered Africa from the Middle East 7,000 years ago with humans. Little is known about how they continued to disperse after that, and whether there were multiple waves of migration. But by analyzing genetic data of modern goats scientists can retrace their journey.

A study published in Plos ONE in April analyzed the genetic footprints of Cameroon’s approximately 6.2 million goats, finding that they first traveled to the West African country via the Nile Delta. They also identified a second wave of genetic mixing with North African goats as humans migrated from what is now Morocco about 1,500 years ago.

Very little is currently known about the genetic composition of African countries’ livestock populations. This hinders the ability of farmers and researchers to identify adaptive traits and pockets of low genetic diversity. The international team took a two-pronged approach, investigating the mitochondrial DNA (which traces the maternal line) and autosomal markers (which are genes that point to ancestry).

Goats have six distinct maternal DNA lineages or haplogroups (which are populations descended from a common ancestor), three of which are found on the African continent. Haplogroup A, the dominant one, has been identified throughout Africa, while Haplogroup B goats are found in South Africa and Namibia. Haplogroup G goats live in Egypt, Kenya, Somalia, Sudan, and Ethiopia.

The researchers extracted DNA from four indigenous goat populations in Cameroon, namely the Central Highland, North-west Highland, Forest, and Djallonke groups. They applied mitochondrial DNA analysis to 93 goats (from the Djallonke and Northwest Highland populations), and autosomal tests to 324 goats from all four populations and compared them with genetic data from goats in Ethiopia, Egypt, Morocco, Iran, and China.

They identified 83 haplotype markers, all of which belonged to haplogroup A. An analysis of mitochondrial DNA showed that the goats’ genes flowed from the North-east of the continent, following the Nile Delta to Cameroon, says Getinet Tarekegn, a geneticist specializing in livestock and lead author on the paper. “This is strongly supported by social anthropology and African people genetic studies.”

However, more data is needed to say definitively that this is how goats came to Cameroon, notes Tarekegn, who is affiliated to Bahir Dar University in Ethiopia and the Swedish University of Agricultural Sciences in Uppsala.

He says scientists need to compare ancient and modern DNA, including samples from north and east African countries, and contrast this with historical evidence of human migration. Studying human movements and environmental pressures like desertification could also provide insight into livestock dispersal, he says.

Tarekegn says knowing more about African goat genetics can help keep track of genetic diversity on the continent, which could aid conservation and breeding efforts. Future studies could look at the unique genetic potential of each goat population and its correlation with the ecological environment, he says.“That is why we are working on those activities, not only for Cameroon goats but also goat populations found in other African countries and beyond,” he says.

Hannelize Swart, an animal geneticist at the Agricultural Research Council in South Africa, welcomed the “thorough” research, although she noted that it may be too complicated to be of help to farmers in the livestock sector. “The fact that there is a collaboration between laboratories from different countries makes it valuable for local researchers to follow their example or to get involved in similar research and collaborate with the authors,” she says.