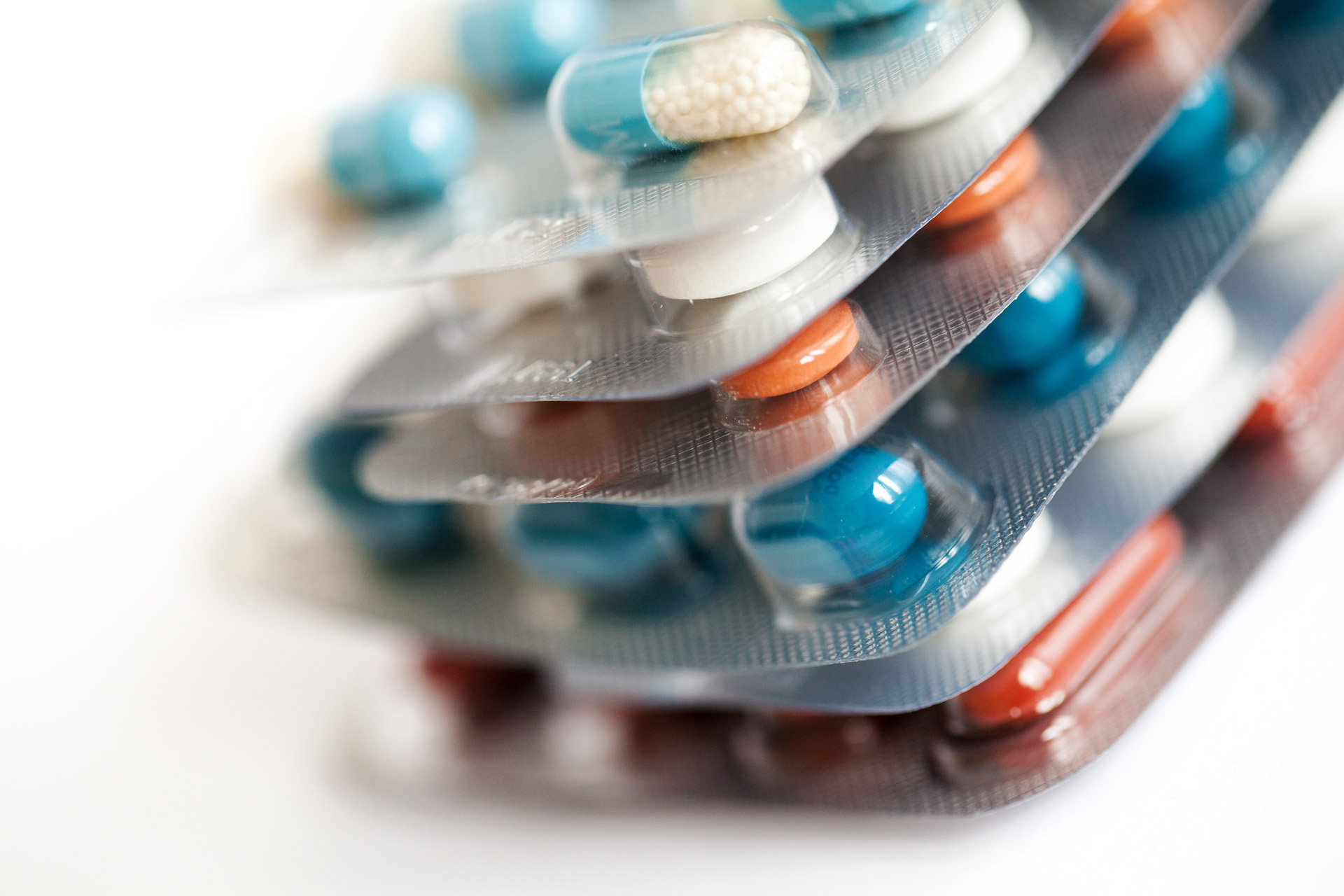 Locally manufactured antiretroviral drugs could make devastating stock-outs a thing of the past. But pilot production projects are struggling to scale up, reports Christabel Ligami.

Agnes Mumbi knows all about the devastating effects that antiretroviral (ARV) stock-outs can wreak on families. The 32-year-old Kenyan mother of two has been taking the drugs since testing positive for HIV in 2014 while pregnant with her second child. Her baby was put on a daily ARV syrup immediately after delivery—standard practice for preventing HIV transmission from mother to child. But three months in, her son’s drugs were out of stock. The replacement drug made her baby vomit, and Mumbi decided to stop his medication.

Mumbi knew the risk she was taking. Without the drugs, her baby was more likely to contract HIV. But seeing her child sick and weak made her feel like she had no choice. “I knew it was risky, but it was better than the suffering he went through as a result of the drug’s side effects,” she says.

ARV stock-outs are common across Africa. In South Africa, a 2019 survey found that one in five public health facilities was unable to supply at least one ARV or tuberculosis drug. And a Ugandan study the same year found that ARV stock-outs were ‘common’ in 27% of district hospitals and 40% of lower-level health facilities. These stock-outs may result in treatment interruptions, which can cause not just HIV infection—as was the worry for Mumbi’s son—but also drug resistance and an increased risk of HIV-positive people developing opportunistic infections, which can be fatal.

To hedge against stock-outs, and to gain control over the ARV supply chain, several African countries are pioneering their own drug manufacturing programmes, including South Africa, Uganda, Tanzania, Zimbabwe, and Ethiopia. But faced with spiralling costs, donor-preferred suppliers, and challenging regulatory landscapes, many of the initiatives are struggling.

Take Kenya, for example. Last year, the country’s Universal Corporation Ltd, a pharmaceutical company, started to manufacture ARV tablets. Such local production could help counteract stock-outs, says Gilbert Nandwa, a medical officer at a Nairobi health centre that often runs out of drugs formulated for children. He says the stock-outs are usually caused by stifling bureaucracy at the Kenya Medical Supplies Authority, which orders the drugs from abroad. “Local manufacturers could help resolve this because once the drugs are ordered it will be able to take just a few days or even hours before delivery,” he says.

But even though Universal Corporation’s Nairobi plant has the capacity to produce a million ARV tablets a day, its production run is much lower, says the company’s managing director Perviz Dhanani. One of the reasons, he says, is that the Kenyan government has yet to order drugs from the company. To date, the company only has one local Kenyan ARV order—from Unicef, the United Nations Children’s Fund. Dhanani says that the company struggles to compete with foreign manufacturers on price, as there are levies on locally produced ARVs that are waived for imported medicines. Also, electricity is expensive in Kenya, he says, adding that if the government could help reduce the costs, the business would flourish. “The government needs to emulate countries like China and India [that] give incentives for drugs manufacturers and exporters.”

Such incentives may be on the horizon. Jackson Kioko, director of medical services at Kenya’s health ministry, says the government is drafting a national trade policy that will offer incentives to local manufacturers and remove the tariff barriers they face. This, he says, would help government agencies purchase home-made ARVs.

But even in countries where local manufacturers have been active for years, gaining market share can be a challenge. In Uganda, Cipla Quality Chemical Industries Ltd—an India-Uganda partnership—has manufactured ARVs since 2007. It exports its drugs to Namibia, Tanzania, and Zambia, and hopes to increase its production capacity from 130 million tablets a month to 180 million a month in the next two years. Yet, like its Kenyan counterpart, it is operating at a fraction of its capacity.

One of the reasons for this is that the company can’t sell its ARVs to any organisation that receives funding from the United States government, as they already have procurement deals in place. The company is able to compete with international producers on cost, quality, and lead-times, says CEO Nevin Bradford. But organisations like Pepfar, the US programme that funds HIV/Aids treatment programmes, has cheaper bulk deals with pharmaceutical companies in India and Europe. Bradford says that changing this will take time and intervention from the government of Uganda.

In South Africa, which has the world’s largest ARV-taking population, local manufacturing has also hit a snag. Aspen Pharmacare, a South Africa-based multinational pharmaceutical company, began producing ARVs in South Africa in 2003. But in recent years, local manufacturers have struggled to access the active pharmaceutical ingredients, or APIs, needed to produce the drugs. In 2007, the government mooted a state-owned drug company to manufacture APIs, but as of last year the initiative was still struggling to find private sector partners and had overshot its ambition of opening in 2017.

Aspen Pharmacare’s senior executive responsible for strategic trade development Stavros Nicolaou wrote in an op-ed in December last year that local drug manufacturers were being squeezed by API producers in Asia, resulting in the country importing a growing number of its ARVs. “Asian API suppliers to South African companies land up competing with local companies on the formulations. In other words, the API suppliers who supply you and determine up to 80% of cost are also your competitors,” he wrote, calling on the country’s government to use its bulk-buying power to level the playing field and improve access to cost-effective APIs for local manufacturers.

African drug manufacturers face an uphill battle, says Alex Shankland from the Institute of Development Studies in the United Kingdom. He says that powerful traditional HIV/Aids donors usually give priority to global purchasing and distribution initiatives rather than support domestic ARV production. “They have tended to subscribe to the consensus that African pharmaceutical factories would not be able to produce quality pharmaceuticals at competitive prices,” he says. However, Shankland disagrees with this consensus. “Once the African governments commit to fully supporting local production of drugs and even procuring their locally produced drugs, [and] give incentives to the manufacturers, automatically the doubts on quality will be a thing of the past,” he says.

The donor dominance might not last forever. Global funders like Pepfar are threatening to pull back on their commitments to HIV/Aids treatment programmes. On the one hand, this means African governments will have to shoulder more of the responsibility for funding and managing such programmes. This will place strain on local health systems, but it could also provide African governments with more freedom to support local drug producers.

For that to happen, however, another challenge needs to be addressed: In many African countries, the health sector struggles to ensure that stockpiles of medicines are delivered where needed in a timely fashion. Nandwa in Nairobi says that stock-outs in Kenya are often caused by poor supply-chain management by the country’s medical supplies authority. “We hope that the government will resolve this soon,” he says.

As these discussions play out, people across Africa keep facing the inconvenience and risk associated with ARV stock-outs. Mumbi and her son were fortunate. After three months without ARVs, her son tested negative for HIV, and by then the first drug was back in stock, enabling him to resume his treatment. However, others are not so lucky. In South Africa, during a stock-out last year, desperate mothers were reportedly sharing their ARVs. They were watching the health of their children, who were affected by the stock-out, deteriorate before their eyes.

Local ARV manufacturing in Africa has had a bumpy start, but there’s still hope that it will succeed in the long run—if governments address the challenges of high production costs, incentivise local companies, and eliminate taxes on imports and exports of locally-produced pharmaceutical products, says Cipla Quality Chemicals’ Bradford. “This way local companies can then compete fairly with companies internationally.”