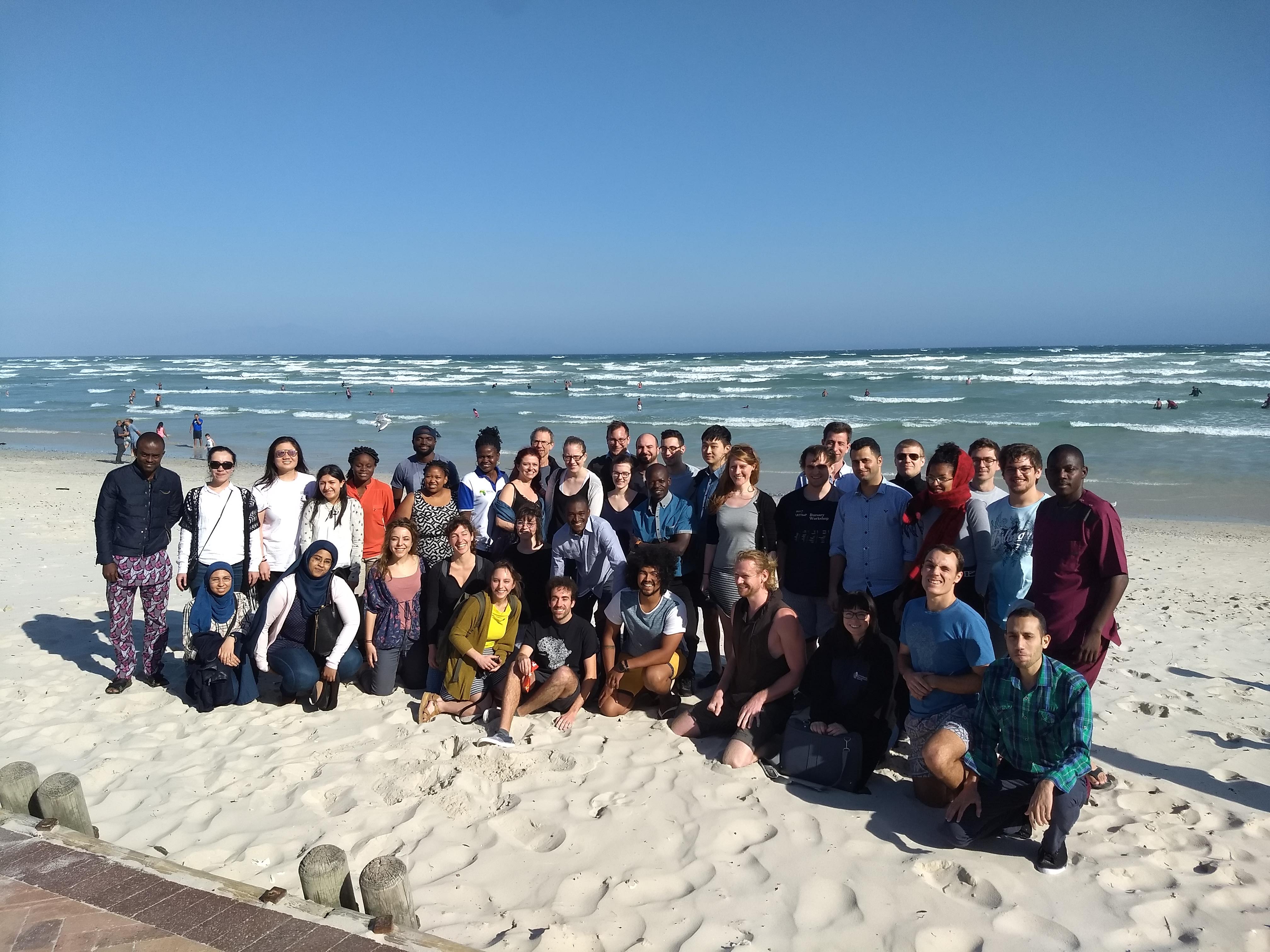 The rich waters of False Bay, near Cape Town in South Africa, have sustained nomadic human tribes for tens of thousands of years. But over the last three years it has also become the starting point of an African journey to answer one of humanity’s great unsolved questions: how does the brain work?

Computational neuroscience lies at the intersection of neuroscience, artificial intelligence, statistics, and psychology. The field strives to understand how brains work by deciphering what computations they perform, and how. For most of history it has been near impossible to make progress on these questions. But recent advances in neural imaging technologies and growing computational power are changing that. Researchers are forming rich and intricate theories of how the brain performs its extraordinary tasks, and are increasingly able to test these theories through sophisticated experiments.

The developed world is investing heavily in computational neuroscience research, confident it will benefit health interventions and artificial intelligence in the future. The United States has launched the BRAIN initiative, which aims to spend US$12.5 billion over 12 years, while the European Union has funded the €1bn Human Brain Project.

But Africa has essentially no stake in this growing pie, and almost none of the pioneers of computational neuroscience are African. The International Brain Research Organisation-Simons Computational Neuroscience Imbizo (ISiCNI)—of which I am one of the founders—wants to change that.

The imbizo, Xhosa for “a gathering of people to share knowledge” is funded by the Paris-based IBRO and the Simons Foundation, headquartered in New York in the US. A summer school, it lets students from Africa and beyond attend lectures and tutorials over three weeks covering as much as possible in computational neuroscience. In its first three years 64% of imbizo students have been African, hailing from 15 different countries. The event takes place in Muizenberg, a seaside Cape Town suburb known for its surfing community.

Each week of the imbizo has a specific focus. The first week covers basic biophysics, neural plasticity and neural recordings. The second week looks at system-level topics, like network dynamics and machine learning. It is at this level where the field strongly intersects the vibrant research activity in machine learning. Week three covers higher-level function, motor control and decision making, where students examine how neural activity generates physical behaviour.

Lecturers are brought in from overseas to make sure the content is cutting-edge and to equip participants with the experience, ideas and personal network they need to embark on careers in the field. Some, like Larry Abbott from Columbia University and Misha Tosdyks from the Institute for Advanced Studies in Princeton, are leading researchers who have literally “written the textbook” on their subject. Others, like Byron Yu from Carnegie Mellon University and Tim Lillicrap from Google DeepMind, are pioneering new directions in the field, pushing out the boundaries of science.

“The goal is to bring together African and international students under the tutelage of world-leading experts in computational neuroscience in order to grow this discipline in Africa,” says Joseph Raimondo, a lecturer at the University of Cape Town (UCT) and co-founder of the imbizo.

Socialising outside the classroom is an important part of the imbizo. Some evenings, the thirty students, six teaching assistants and their lecturers make their way down the coast for dinner, the walk and ocean breeze a welcome escape from the lecture hall. These social events allow students to interact with lecturers and teaching assistants “offline”, discussing science and culture, and sharing their personal research interests.

The connections formed this way propagate the imbizo’s benefits. Of the 54 African students involved in the first three summer schools, one has secured a position on a masters programme in Germany—partially through imbizo contacts—two have completed internships in labs of imbizo faculty, and several others have attended international conferences, often visiting other imbizo alumni and their labs on the way.

Yet, it’s the relationships forged between the students that is truly special. In their pursuit of scientific knowledge, they find strength in their diversity, and I have witnessed extraordinary acts of kindness and tolerance during the imbizo. For instance, a Jewish student from the US would take lecture notes for a Nigerian Muslim friend who was busy observing midday prayers. In turn, the Muslim student would do all the coding required for team exercises on Saturdays so that his Jewish friend could observe the Sabbath. This reminds us of the uniting power of science.

The kindness and collaborative spirit goes beyond academic work. A fifteen minute walk from Muizenberg are the tidal pools of St James, where waves crash over concrete walls, allowing for easy and safe swimming. During the second imbizo a student from Togo told a Greek teaching assistant she did not know how to swim but wished she could. At 7 o’clock the next morning, the duo and others braved the freezing tidal pools for a half-hour swimming lesson before breakfast. The swimming lessons have become a tradition of the imbizos, along with additional coding tutorials run by students for students. The ethos of helping each other learn and grow is palpable.

There is still much to be done to achieve this. As pointed out in a July PLOS One piece entitled THINK: Theory for Africa, African funding bodies and research institutes need to think about how they are laying the groundwork for Africa’s first generations of computational neuroscientists. That means creating positions for them and roles for them in relevant university departments like computer science, medicine, and neuroscience. It is also important to provide support at postdoctoral level in the form of funding to acquire experience and skills in established labs abroad and attend relevant conferences or schools.

There are positive signs in this regard. UCT recently opened its new Neuroscience Institute, creating a potential new home for African computational neuroscientists and the Francis Crick Institute in London has launched a series of postdoctoral fellowships for African students to work between London and various African universities.

In January 2020 Muizenberg will welcome the fourth cohort of “imbizous”, a name coined by the first class of workshop participants, which has stuck. Creating a new community of researchers in a new field is not an overnight process, but it is one that could provide immense benefits for the African continent in decades to come. The IBRO-Simons Computational Neuroscience Imbizo is the first step on this path.

Alexander Antrobus is a South African PhD candidate in theoretical neuroscience at University College London. He is an alumnus from the University of Cape Town and one of the founders of the IBRO-Simons Computational Neuroscience Imbizo. For information about the imbizo, and how to apply, see www.imbizo.africa.