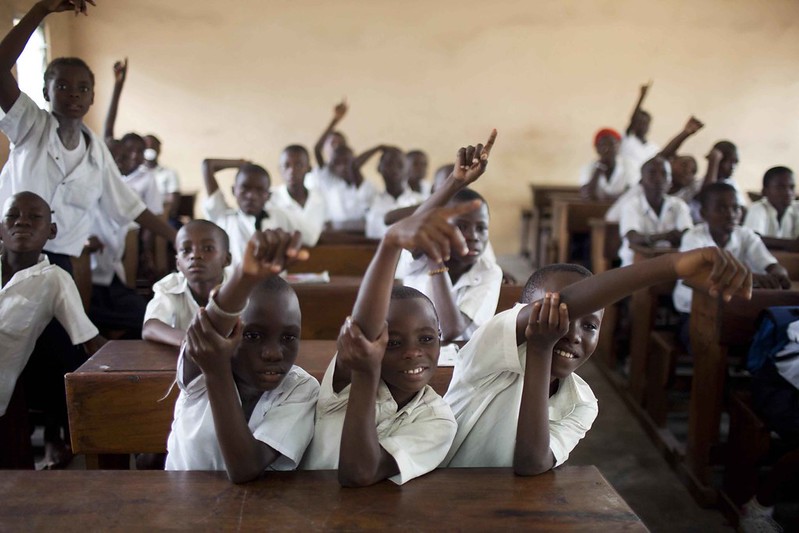 African governments and scientists should agree to a two-generation plan to move away from European-language science teaching on the continent, writes Rafiou Agoro.

I remember the day I learnt about cell biology at my school in Kougnohou, the tiny Togolese village where I grew up. I was 15 years old, and it was my first experience of the subject which would later become my passion. Seeing me smile when I came home, my mother said: “Hey son, welcome! The food is ready, but before eating, tell me what you have learned in school today.”

My mother did not attend high school, but she is the smartest person I have ever met. She is able to make complex price calculations in her head to sell loincloths at the market. She and I both speak three Togolese languages fluently. Yet I found it really difficult, almost impossible, to explain cell biology to her. I realised that the problem was not that my mom did not have a college degree. Rather, it was my fault for not being able to find simple words to explain cell biology in a language she understood.

I was taught in French, the language of instruction in Togo. I am not sure my teacher could have done differently, as there is no scientific vocabulary in the local languages. Besides, many Africans associate communication in European languages with a high level of knowledge, and some teachers are loath to use the common tongues. It’s a challenge that repeats across Africa. Togo alone has 40 languages, and the continent boasts close to 2,000. Few of them have scientific vocabulary, and so even popular languages like Ewe, which is spoken not only in Togo but also in Benin and Ghana, are not up to the task of science teaching.

I think now, as I did then, that this is something that needs to change. I agree that it will be more difficult than continuing to communicate science in European languages, but I don’t think our recent colonial history should continue to define us.

A break with history

It will be tough in the beginning, no doubt, to find existing words that can convey new meanings, or create new words fit for the purpose. But our varied local languages are rich, and we are inventive. Did my ancestors ever exchange scientific knowledge in African languages? It is highly probable that they did, and certainly not in European languages. Knowledge has been transmitted from generation to generation in Africa. This is also science, defined by www.dictionary.com as “a systematically organised body of knowledge on a particular subject”.

Let’s be clear here, Africa’s history is heavy and we carry many scars from the past. Sacrifice and vision should be our leitmotiv and locomotive to drive us so we can shine in the coming generations. Prosperity comes with innovation and the innovation arrives when science and technology are stimulated by good science communication—between scientists, but also with the public whose support is crucial.

I think maybe what is missing is a strong will to cut the umbilical cord with colonisation and shape our own scientific journey in collaboration with partners from Asia, Europe, and the Americas. If we as Africans think communicating science in local languages is impossible, then it will be. Conversely, believing that it is possible represents the first step towards tackling this myth that it is impossible to communicate science in African languages.

So, where to start? My suggestion is that we—Africans scientists, linguists, policymakers, and governments—should agree on a two-generation plan to help science communication transition from European to African languages. It may be difficult to tackle all the languages at once, but perhaps we can start with the most popular ones in each country.

In parallel with the long-term planning, we should all be curious as students, scientists, and teachers to communicate in African languages with our peers and relatives about science and knowledge. I know, it sounds difficult. But is it impossible? Not at all.

Why I wrote this in English

My goal with this piece is not to call for an immediate switch from European to African languages. After all, this piece is written in English, not Ewe, Kotokoli, or Kabiye. Nowadays, science is globalised, and being able to communicate your science in English represents a huge advantage for scientists wanting to share their discoveries with the rest of the world. And by writing this in English, I am able to communicate this idea with a wide range of readers from all around the world.

But, before we earn global success, why not earn local success in a worthy fashion? Starting to teach science in African languages would be a huge step forward. It would not need to be 100% in African languages—we can still borrow some technical terms and expressions as part of this transition process. We can also create a new vocabulary through the combination of existing words.

I have hope that we can make this change happen in the next two generations. Communicating science in African languages should be a right and should be protected by our constitution—which in Togo, by the way, is not written in an African language.

Rafiou Agoro is a Togolese molecular and cellular biologist working at Indiana University School of Medicine (USA) and co-founder of the African Diaspora Scientists Federation (https://adsf.club), a networking platform for African scientists living in the diaspora who want to share their scientific expertise with people in their home countries.

Rafiou dedicates this article to the memory of his mom, who passed away in 2010.