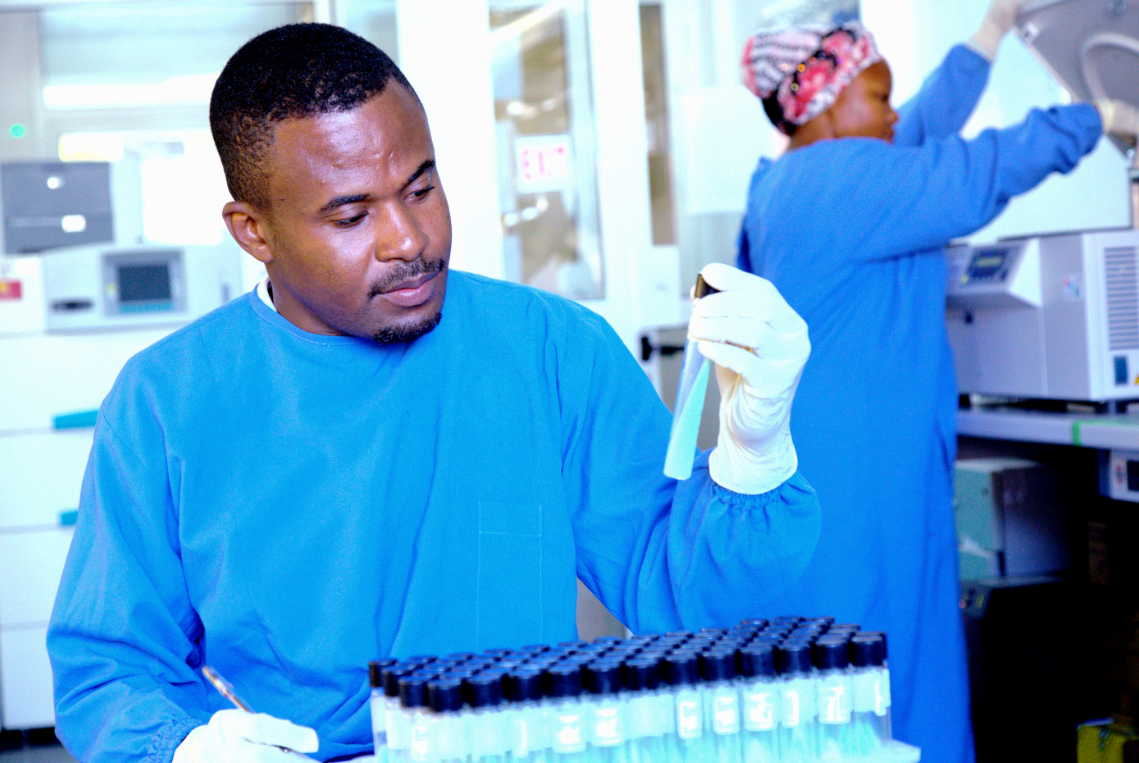 A practical guide for research directors on how to improve institutional ecosystems for the benefit of the next generation of scientists.

Herry Mapesi is a young physician researcher based in Ifakara, some 450km from the Tanzanian economic capital of Dar es Salaam. He has the loudest laughter in town, and apart from being occasionally perceived as snobbish, he has a beautiful mind and an extraordinarily likeable character.

Herry and his colleagues run an 11,000 patient HIV clinic serving nearly 50 villages in the vast Kilombero Valley. About half of their patients are on regular follow up, receiving the best possible treatment for HIV and related illnesses, such as tuberculosis, meningitis, diabetes and chronic kidney diseases. When I last visited, 94% of their patients no longer had any detectable HIV virus in their blood, meaning they can no longer transmit the virus to their partners. Herry and team have created a clinic providing comprehensive treatment and nutritional services for families affected by HIV. Today, HIV-infected mothers who attend the clinic no longer transmit HIV to their children even if they breastfeed regularly.

Herry and his colleagues achieve these impressive outcomes despite working in remote areas with limited funds and resources. The team also works closely with Tanzanian health agencies to support the development and evaluation of improved care and treatment regimens for chronic Illnesses.

Herry and colleagues are research scientists at Ifakara Health Institute, where I’m the director of science. Like all young scientists they write papers, attend research conferences, study for PhDs and apply for grants. Yet their primary mission remains unchallenged: Improving people’s health and wellbeing. Theirs is a research programme with a difference. Their work—both clinical and research—profoundly impacts people’s lives every day.

As a science director at a major African research organisation, I have a vested interest in understanding how we can best support young researchers like Herry. Over the past three years, I have examined management practices commonly used by organisations and businesses around the world to improve staff performance and creativity. This included carrying out multiple surveys and in-depth interviews with innovators and researchers in and outside Africa. In this article I share some of the lessons I learnt about challenges facing the continent’s early-career researchers, and practices institutions can prioritise to help them succeed.

The challenges are many, and several aren’t new. There are still only a handful of opportunities for high-quality research training on the continent, and unacceptably low levels of supervision and mentorship for young people aspiring to a life in research. Limited financial investment from governments has also hamstrung the growth of critical scientific mass, and hampered progress in exploratory but potentially high-impact research.

There are also few role models, and science is still widely perceived as a club of bearded introverts and bookworms strongly averse to fun and fiercely unwelcoming to women—a situation keeping many talented youngsters away.

Another age-old challenge is the glorification of individual success over that of teams. This is driven in part by archaic ways of evaluating scientists based on publication counts, citations and research grants. Unchecked, young researchers easily adopt the ethos that they are “competing against” rather than “with” others. At Ifakara Health Institute, Herry and colleagues have curtailed these toxic egos by embracing the African philosophy of Ubuntu: I am because you are. Perhaps this is easier for young people than it is for their more established, Nobel-chasing godfathers.

In addition, many African universities still run geographically segregated departments, despite proof that interdisciplinary work has greater impact. Engineering schools can be tens of kilometers from biological sciences or medical schools, effectively limiting opportunities to co-create solutions. Architectural and organisational innovations such as shared coffee lounges, subsidised cafeterias, open plan offices, or glass walls may help in certain circumstances, but are not enough to bridge these gaps.

There are other challenges like excessive administrative and teaching loads for young faculty, and poor management practices. Language gaps, too, can prevent non-native speakers from taking full advantage of the English-dominated global research ecosystem. This is not a uniquely African concern but must be especially considered in African countries where French, Swahili, Portuguese or Spanish are the main languages of instruction.

So, how can we start to tackle these challenges? In my view, the most important action we can take as research leaders is providing effective supervision and mentorship. This may include long-term commitments to guide early-career researchers on matters both related to work and not, such as engagement with communities or regulatory agencies, and family resettlement. Institutions should create environments where supervision or mentorship arrangements are mutually agreed, rather than being institutionally enforced. Training programmes should mix hard and easy tasks, so young people experience incrementally more difficult challenges for optimal learning. Alex Ezeh, former chief executive of the trail-blazing African Population and Health Research Centre based in Nairobi, once told me: “You must occasionally throw your young researchers into the deep waters, but always be ready to dive in, if they are drowning.”

The second action I propose is to maximise interactions between researchers and their target populations, communities or patients. This will help them identify priority questions first-hand and make them more likely to create or adapt solutions to fit local contexts. At Ifakara Health Institute, community members are our most important stakeholders, and we take great pains to protect our partnerships with them. This is also the reason that colleagues like Herry and his team have remained impactful despite being so far from the tarmac, and so limited by financing.

Communities can also be great sources of new knowledge for researchers, making these partnerships perfect for “mutual learning”. For example, after expert mosquito biologists had tried fruitlessly for more than 30 years, it was the young village boys who showed us the exact locations where malaria mosquitoes congregate each evening for their ritualistic sex games, a discovery which could allow scientists to target these mosquitoes for community-wide control.

The third action is to deliberately and actively create interdisciplinary programs. At Ifakara, young researchers now regularly combine math, chemistry and biology to create new diagnostics for infectious diseases like malaria, something only possible because of the active desegregation of disciplines. Others are using portable ultrasound devices to limit potentially toxic treatments for people falsely diagnosed with tuberculosis.

On funding, and fourthly, we need to focus on building sustainable research ecosystems and careers. With growing financial constraints and economic vigilance, research and academic institutions can be tempted to operate on a traditional profit and loss basis, as if they were typical businesses. However, investments in science are mostly long-term, and returns take several years to materialise. Equally important are semi-autonomous and flexible leadership structures. These should embrace efficient administrative and financial systems, which meet international standards without ignoring research priorities. Sadly, bottlenecks like delayed contracts or slow procurement procedures are still common in many universities, and enormously demotivating for scientists.

Fifthly, and finally, institutions should identify barriers to women and under-represented groups joining their ranks, and advancing in the workplace, then endeavor to overcome these barriers. There is strong evidence that gender and cultural diversities are both associated with higher performance in workplaces, and diversity requires a commitment from the top.

Those are five ways in which we, as leaders of research institutions in Africa, can help our young colleagues thrive. But how do we do it? And what incentives should we use to encourage change? Should we use direct incentives, for example paying scientists for each research paper?

Well, it turns out nothing works better than Dale Carnegie’s principle of honestly and sincerely appreciating people. Financial or material incentives beyond regular institutional pay grades are unsustainable and can backfire with serious cobra effects. For those who don’t know this idiom, the cobra effect harks back to an anecdote from colonial-rule India. Wanting to reduce the number of venomous cobra snakes in Delhi, the British offered a bounty on dead cobras. Soon, people began breeding cobras to collect the bounty, and when British scrapped the reward programme the breeders set their snakes free—pushing the wild cobra population beyond what it was before the programme was introduced.

In the same way, financial incentives for publishing in high impact journals may lead to unscrupulous practices, such as fabricating data, which can be devastating to an institution’s reputation. While it can be tempting for managers to provide material incentives in the short term, staff may come to feel entitled to these rewards, creating a vicious cycle of institutions always having to give more. Cultivating intrinsic motivation and recognising hard work are far more effective for maintaining long-term success.

My five actions are only a few examples of what institutions in Africa can do to catalyse effective ecosystems for their early-career researchers. A careful mix of these practices and others not covered here, will allow young stars like Herry and friends to shine brighter, while staying true to their mission: Improving people’s health and wellbeing.

Fredros Okumu is Director of Science at Ifakara Health Institute in Tanzania, and an Associate Professor at the University of the Witwatersrand in South Africa. He is a mosquito biologist and public health expert working on new ways to improve control and prevention of vector-borne diseases. https://twitter.com/Fredros_Inc