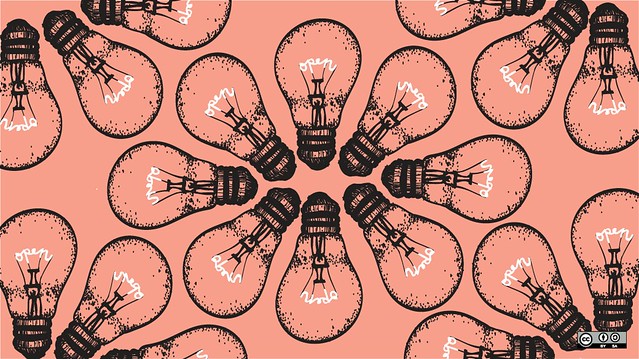 South Africa is ranked as Sub-Saharan Africa’s most innovative country. But its innovation landscape is marred by deep inequalities that look likely to persist, reports Sarah Wild.

South Africa leads innovation in sub-Saharan Africa, according to the 2019 Global Innovation Index. But this ability to transform research into marketable products is dominated by a few universities—something which is unlikely to change. The legacy of Apartheid and inequalities in funding mean that some institutions are better resourced than others, both in their ability to produce research and to commercialise it.

Universities are hubs of new knowledge, but many of these ideas remain trapped in the silo of academia. Academics present their work at conferences and publish journal articles, and commercialisable knowledge—which is often supported by government funds—remains on paper instead of finding its way into the real world.

This is why, in 2008, the country introduced a law to compel researchers to disclose the intellectual property (IP) generated through the use of government funds. That law established the National Intellectual Property Management Office (Nipmo), which is mandated to ensure that technologies and ideas developed using public funds are identified, protected and commercialised. Nipmo does this in tandem with 36 technology transfer offices located at universities and research councils around the country.

Most of South Africa’s technology transfer offices were established after the introduction of the law. But the country’s oldest and best-resourced research institutions—such as universities formerly reserved for whites—were protecting their IP prior to the law coming into force. As a result, they have had more experience in protecting and profiting from their IP than the others. It’s an inequality that, a decade on, has proved persistent.

Fredda Makoto, technology transfer manager at the University of Limpopo, heads up one of the newer offices. She established the office three years ago, and now has a staff of three. “We receive disclosures of innovative ideas to do a patent search and see if they meet the patentability requirements, we check trademark and copyright [ideas] for their originality,” she explains. The office also assists researchers to raise funds to develop their innovations, facilitate industry-university partnerships, and work with business incubators to help people get their companies off the ground.

One of the main challenges of her job is creating awareness about the services her team offers, she says. “The knowledge [about IP] here is too scarce,” she explains. “So we’re marketing the office, arranging workshops for managers to train on a basic level of IP and technology transfer so [that] the researchers do not publish without protecting their IP.” She says that this challenge reflects a lack of understanding in society as a whole. “The IP and technology transfer knowledge is too scarce around the country, not just [at this] institution.”

One way to overcome this is through collaborations with other research institutions or with industry, Makoto says. This is one of the activities that she helps researchers with. She also encourages researchers to work with one of more than a dozen technology stations that the country’s Technology Innovation Agency has created throughout the country. These technology stations, funded by government, offer services, such as rapid prototyping; testing and analytical services; and consultation, technology audits and feasibility studies. Different technology stations have a different focus; one, for example, specialises in 3D printing technology.

Technology stations tend to focus on areas that are relevant for the university or research council it is linked to. Limpopo’s technology station focuses on food, Makoto says, since food science is an important research area at her institution. The station assesses the bacteria in food, as well as its toxicity, she says. It also checks if food products comply with safety regulations. The station has the equipment to test for these parameters, which universities may not be able to afford.

Stellenbosch: ‘We punch above our weight’

Technology transfer offices at South Africa’s previously advantaged universities look a lot different. Stellenbosch University nestled in the Cape Winelands has a long tradition of technology transfer and industry collaboration. Its office—which is actually a university-owned company, known as Innovus—chooses to place more emphasis on getting companies off the ground than just identifying and protecting IP arising from research. “We are punching a little bit above our weight,” says Anita Nel, CEO of Innovus, who oversees a staff of more than 20.

Innovus also has a start-up incubator, which hosts new university companies for up to a year providing administrative support and training. “Although labour intensive and more risky for universities than just licensing the technology, we find so many benefits in [setting up companies],” Nel says. Last year, Innovus started five companies. This year, it has only started one so far, but there are more in the pipeline, she says.

The companies spun out with the help of Innovus are already worth a significant amount to the university, says Nel. They employ close to 300 people, and in 2018 had a combined turnover of R268 million (US$17.5 million). This also means they are paying tax, so their social impact is far better than if the university simply licensed the technology, Nel adds.

Since it was established Nipmo, and the technology transfer offices it oversees, have been responsible for a number of patents. According to the South African National Survey of Intellectual Property and Technology Transfer at Publicly Funded Research Institutions, on average 100 new technologies were added annually between 2011 and 2014, with the actual number of licenses executed per year quadrupling from 2008 to 2014. In addition, 45 start-up companies were formed in this period, with almost three-quarters of them based on publicly funded IP, according to the survey.

But more than 88% of the revenue produced by publicly funded intellectual property between 2008 and 2014 accrued to only four unnamed institutions, which had existing technology transfer expertise. Kerry Faul, who heads up Nipmo, says that these institutions were previously advantaged under the Apartheid regime, with greater government support, and that they had an historic culture of commercialisation.

However, Nimpo’s Faul says that while access to resources can help a university become stronger at innovating, it’s not enough. A culture of innovation is just as important, she explains: “You can have a large research base, [but] none of it is applied or output focused.” She cites the University of KwaZulu-Natal, a composite university created by the merger of the formerly “white” University of Natal and the formerly “black” University of Durban-Westville in 2004. “UKZN has a high research output, but has a low innovation output. [Technology transfer] is not part of their culture,” she says.

Also, she says, for many previously disadvantaged institutions like Limpopo, a major issue is that they are located in remote areas far from the big city centres—a function of Apartheid’s geospatial planning. “Their struggle is pulling the private sector in,” she explains. “The big private sector companies tend to want to work with universities next to the big cities.”

Back in Limpopo, Makoto says her efforts are beginning to bear fruit. Several Limpopo researchers have patent applications pending for innovations including how to produce marula wine and a method for creating fish-food pellets. One team was recently awarded an international patent for a method to improve the propagation of strelitzia, an indigenous South African flower that resembles the bird of paradise.

In Stellenbosch, Nel faces challenges, too. Even though Innovus is well-known in the academic community, the staff and student turnover at the university means that raising awareness about it remains a big part of her team’s job, just like it does at the University of Limpopo.

For Nel, who has been at Innovus since 2006, the biggest challenge is finding staff. “When I left university, technology transfer was not an option as a career in South Africa. When we have to go out recruiting, you struggle to get experienced people,” she says, adding that the technology transfer industry in the country “recycles” people as they move from one technology transfer office to another.

Faul, whose job is to oversee all of the country’s technology transfer offices, recognises that there are inequalities. But she does not see the gap closing anytime soon. She says many of the country’s universities may not ever have the intention to become innovation-focused. “They’re still educational institutions.”

Sarah Wild is a freelance journalist based in Johannesburg, South Africa