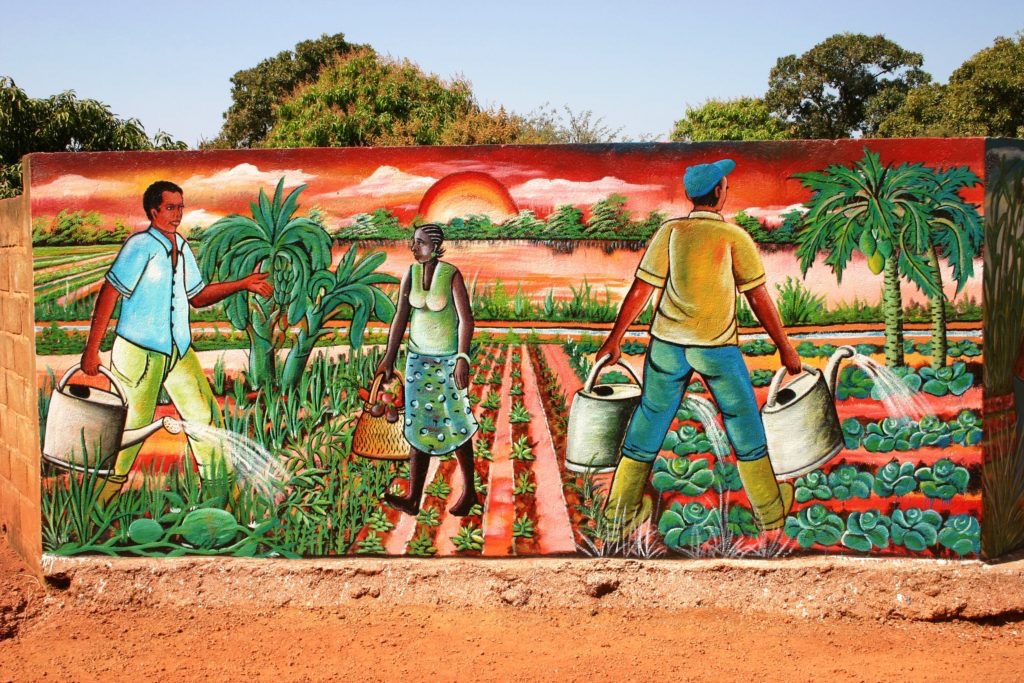 African yams were domesticated from a forest species and cultivated for the first time in an area around the Niger River. The findings, published in the journal Science in May, provide new evidence for a cradle of agriculture in sub-Saharan Africa.

Nora Scarcelli from the French Research Institute for Development in Montpellier, France, and her international team investigated the genes of yams growing in Ghana, Benin, Nigeria, and Cameroon. These countries are part of Africa’s ‘yam belt’ where 97% of the continent’s yams are produced.

The study is the first to include yams from different countries, Scarcelli told Scientific African Magazine. She and her colleagues sequenced the entire genome of 167 yam plants of the main cultivated species, Dioscorea , and two of its wild relatives, D. abyssinica and D. prehensile. Their full set of genes allowed the team to use sophisticated models to uncover detailed information about African yams, such as their geographical origin and evolution.

The researchers investigated whether one of the wild yam species or a hybrid was the ancestor of the cultivated variety. It has often been suggested that sub-Saharan plants were first domesticated in savannahs since that’s where they are mostly cultivated today.

“In Ghana, for example, you that most of the cultivation is within the forest-savannah transition and the beginning of the savannah,” says Emmanuel Otoo, a member of the team who is based at Ghana’s CSIR-Crops Research Institute. So, the savannah species D. abyssinica might seem a more likely candidate for early domestication than D. , which is found in forests, he says.

But the team’s models revealed that the forest species D. is the most likely ancestor of cultivated African yams and that domestication started in the Niger River basin between eastern Ghana and western Nigeria. That was a surprise to Scarcelli, who was expecting yams to originate further south. The Niger basin is dry and the forest species no longer there. But the climate was different in the past. “If you look back 3,000 years ago, this place was wild, wet, and there was ,” she says.

The study also pinpointed changes in genes as yams were domesticated, which could be of interest to breeders. The team identified genes linked to tuber size, starch content, and resistance to light. Rajeev K Varshney, a molecular geneticist at the International Crops Research Institute for the Semi-Arid Tropics in Hyderabad, India, who was not part of the research team, thinks this new knowledge is important and could help create better yam varieties in the future.

But the insights from Scarcelli’s team could also put Africa on the map as a cradle of domestication, pitting it against the Fertile Crescent in the Middle East which is usually considered to be the birthplace of agriculture. “With similar work in African rice, pearl millet, and sorghum, it may now be possible to get a regional picture of how crops were domesticated on this continent,” says Michael Purugganan, a biologist at New York University in the United States who was not involved in the research.

Scarcelli and her colleagues now plan to examine how yam cultivation spread from its birthplace to other parts of Africa as well as to South America and the Caribbean. They also want to investigate the impact of climate change on the crop. “[What] we will try to see is if yam is in danger or not,” says Scarcelli. “We will try to predict how it will be possible to cultivate yam and where it will be possible to cultivate it.”