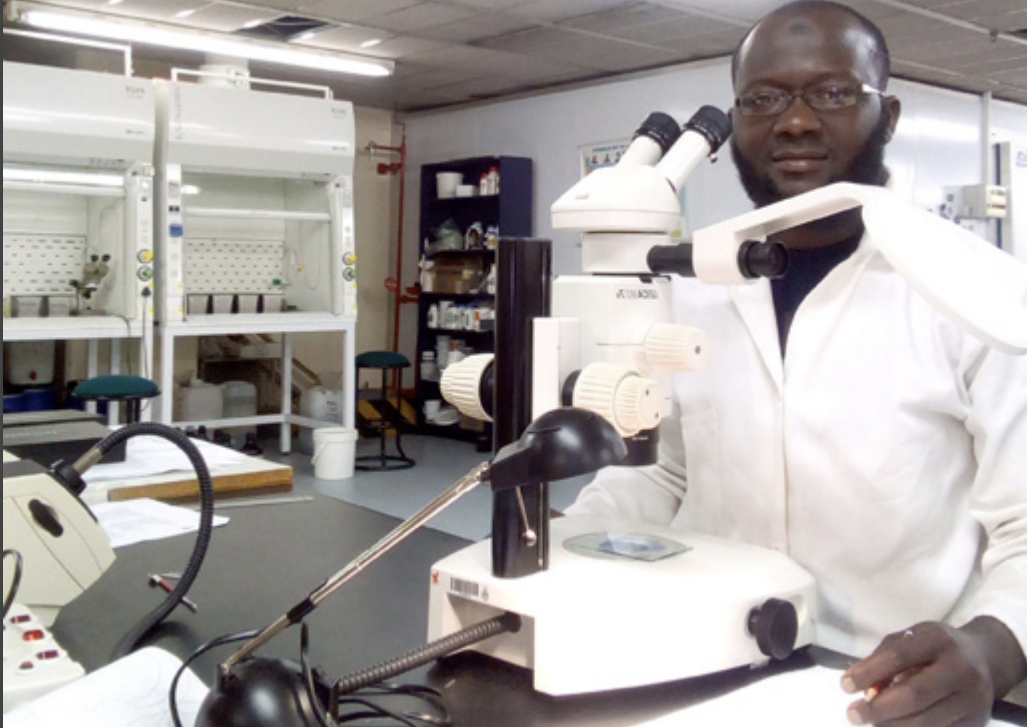 Nigella sativa goes by many names: black cumin, black caraway, Roman coriander. But one name in particular caught the interest of Aminu Imam, a neuroscientist at the University of Ilorin in Nigeria. Muhammad, the founder of Islam, is claimed to have dubbed it “Habbatus sauda” and “a cure for all disease except death.”

Purveyors of natural medicines containing N. offer these products as a panacea for many ailments, from eczema to anorexia. Imam was curious to study the efficacy of the plant, which is native to parts of Asia, Europe and North Africa and used in both seed and oil form globally. It was an interest he shared with colleagues at his institution. But their curiosity and collaboration spread to partners in countries all over the world. Their most recent paper, which pits N. against a dangerous pesticide, has in Nigeria, South Africa, Taiwan, and Zimbabwe.

Samson Chengetanai, an anatomist at the National University of Science and Technology in Zimbabwe, says: “In my discussions with my co-authors, I discovered that there was a religious basis for the use of N. and its extracts, and this piqued my interest.” The plant is widely available in natural products in African countries and extensively used, even though it does not grow in large quantities below the Sahara. Natural products and remedies, in general, have seen a spike in mainstream interest, Chengetanai says. “In countries like South Africa, where I am currently studying, it has come to the point where natural medicines are sold in some of the largest pharmacies.” In their paper, published in Scientific African this month, the authors investigate how N. Sativa could potentially repair brain damage caused by chlorpyrifos, a widely-used pesticide.

Chlorpyrifos acts on a broad spectrum of species (including humans) by attacking their nervous systems. In 2018, an American court ruled that the pesticide should be banned in the United States, following evidence that residual amounts in food could harm babies’ brains. However, the chemical is still registered in more than 100 countries and widely used, says Victoria Williams, a neuroscientist at the University of Witwatersrand in South Africa. “We even find evidence of chlorpyrifos-residues on citrus after it has been washed and peeled,” she says.

“As a mother of a two-year-old boy, my biggest concern is the negative impact that chlorpyrifos has on the cognitive functions of the developing brain. Infants and children are particularly vulnerable to the neurotoxic effects of chlorpyrifos exposure, as their organs are still developing.” Chlorpyrifos is used in West Africa to control agricultural pests and mosquitoes, says Musa Ajibola, a neuroscientist at the Institute of Neuroscience at National Yang-Ming University in Taiwan. “People are exposed to chlorpyrifos mainly by inhalation or indirect ingestion. It is difficult to ascertain the level of human exposure,” he says.

In their study, the authors found that N. sativa oil seemed to mitigate damage to rats’ brains when administered at the same time as chlorpyrifos. They divided 32 rats into four groups, to which they administered either a saline solution, only N. sativa oil, chlorpyrifos, or both the oil and chlorpyrifos. Rats fed just the oil or the saline solution showed no changes in behaviour. However, chlorpyrifos seriously compromised those exposed to it. Their brains shrank and many brain cells died in the hippocampus, a part of the brain associated with memory. Both their short- and long-term memory were particularly affected, something researchers determined through a series of maze tests. “However, intervention with the oil of N. sativa was sufficient to normalise most of the changes caused by exposure to chlorpyrifos,” says Imam. In fact, these co-exposed rats sometimes performed better in the memory tests than those given just the oil, according to their data.

Carine Smith, head of the Multidisciplinary Stress Biology group at the Department of Physiological Sciences at Stellenbosch University in South Africa, says that, given the huge health implications of organophosphate poisoning, any research on the matter is to be commended. However, she says that the efficacy of the N. sativa oil in damage prevention is minor to mild, and questions the lack of comparison with current treatments for exposure. The team recognises that this is just the beginning for their research, with many future avenues to investigate. “The next step is to better understand the specific mechanism by which N. sativa oil rescues chlorpyrifosinduced neurotoxicity, so that a particular pathway for drug development and therapeutic target can be established,” says Ajibola.

The authors all credited international collaboration for the success of their research. “It exposes us to different cultures, resources, and ways of thinking,” says Williams. With each researcher bringing their own skills and expertise, they were able to approach the problem from multiple disciplines. Initially, the team began as a core group in the University of Ilorin, Nigeria, with a number of publications between 2014 and 2016, but grew as members overseas to do their doctorates. Three of the paper authors Williams, Chengetanai, and Imam met while reading for their doctorates at the University of Witwatersrand.

“Each member of the team has been really instrumental in the outputs, from intellectual contribution, laboratory experimental work, statistics, interpretation, editing, to proofreading,” says Imam, who coordinates the team. However, the collaboration has not been without its struggles. These are mainly practical, the researchers say. Different geographic locations and time zones make communication difficult in the first place, but this is compounded by poor internet connections. “We do have challenges, including how to fund our research, communications problems, access to materials, and others,” says Imam. “But that most of these challenges are common in African settings, we have over time not to just complain, but [to make] do with the limited resources, and bank on individual sacrifices.”