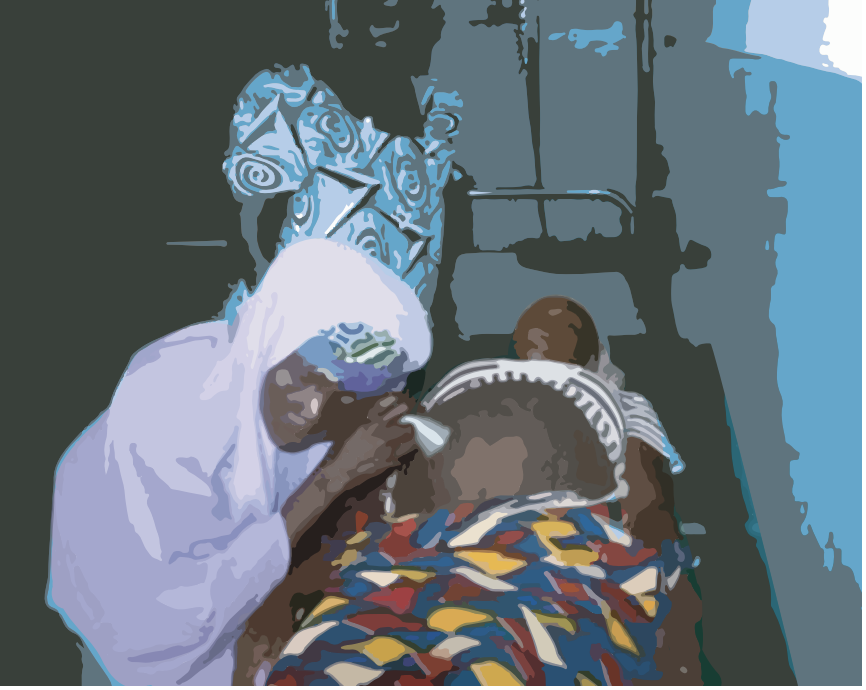 Despite government efforts to boost access to maternal health services in Ghana, many women still choose to go to traditional birth attendants, rather than midwives, nurses, or doctors. The University for Development Studies’ Leander Allou tells Sarah Wild about his research into the birth practices of women in a remote district of Ghana and what can be done to make childbirth safer for women. In Ghana, on average 310 mothers per year will die during or after childbirth for every 100,000 live births, according to the country’s 2017 maternal health survey. That is substantially higher than the United Nations’ Sustainable Development Goal 3 target to reduce global maternal mortality to less than 70 per 100,000 live births by 2030. Allou interviewed women in the Tolon district in northern Ghana about their birth practices, and here he speaks to Scientific African about his research.

Tell us about your latest paper.

The paper is about women’s preference for traditional birth attendants (TBAs) rather than trained midwives and the reason for their choice. I wanted to find out why women chose to go to TBAs, who assist the mother during childbirth. The TBAs learn these skills through delivering babies themselves or through apprenticeship to another TBA, rather than formal medical training. TBAs are found in most rural communities. They are accepted members of these communities, and mothersto-be are more likely to trust them. However, we do not know how many TBAs there are in Ghana.

In the Tolon district, where I undertook this study, there are a number of community-based health and planning services compounds, which aim to provide primary healthcare to rural citizens. However, almost every community in the area has more than two TBAs. I spoke to 360 women who had used the services of a TBA in the last five years. The women ranged in age from younger than 20 to older than 41. For some it was their first child, others had had more than nine. I only chose women who had used the services of TBAs because I wanted to understand why they preferred the women in their communities to the health officers at government facilities.

And what did you find?

The major factor was cost. More than a quarter of respondents said that it was cheaper to use the services of a TBA than going to a government health centre or compound. This is interesting because maternal health services in Ghana are meant to be free. About 26% of respondents thought that TBAs were culturally acceptable, as these women were known to the pregnant mothers. One woman said: “I cannot go and show my private part to someone I do not know; my husband will not agree.”

Other reasons given were that TBAs were more caring than health care officers and that these birth assistants live nearby and so are easier to visit once labour begins than travelling to a clinic or compound. For a small percentage of women, TBAs were the only maternity care they knew of.

I am interested in maternal health issues because I lost the only two females in my nuclear family my mother and sister during childbirth. In terms of this study, my university, the University of Development Studies, runs a in which a multi-disciplinary team of students collects data on various aspects of development in rural communities. During one such in the , I was the district coordinator for the and , from the students’ data, that there were TBAs in almost all communities.

There were also clinics in the communities, but I realised that most of the women visited the TBAs when it was time for them to give birth. So I went in to find out the reasons why the women preferred to use TBAs rather than trained midwives.

Why do you think that this is a necessary area of study?

Ghana has put in place a lot of policies to improve maternal health, but, interestingly, the country continues to record unacceptably high maternal mortality rates. It is necessary to find out what is wrong with the policies.

What do you think needs to change?

The policies must be made to be culturally acceptable. Policies on maternal health should include how TBAs can be part of mainstream maternal health care. This has been done with traditional health practitioners, such as herbalists and bone setters, who are now attached to hospitals in most parts of Ghana. TBAs could also be given training in subjects like infection control measures, the use of surgical gloves during procedures, and basic modern midwifery skills to complement what they already do. Women in rural and peri-urban area will continue to want to use TBAs because they trust them. It is important that these services are regulated to ensure improved services are delivered to pregnant women.

What is the next step in your research?

One of the things that came out strongly during this study was birth positions. The TBAs allowed women to choose the positions they wanted to be in during birth, and that was one of the reasons why women preferred them to other healthcare providers. My next project will be to find out if Ghana’s health institutions have the required facilities and skills to offer women the ability to give birth.